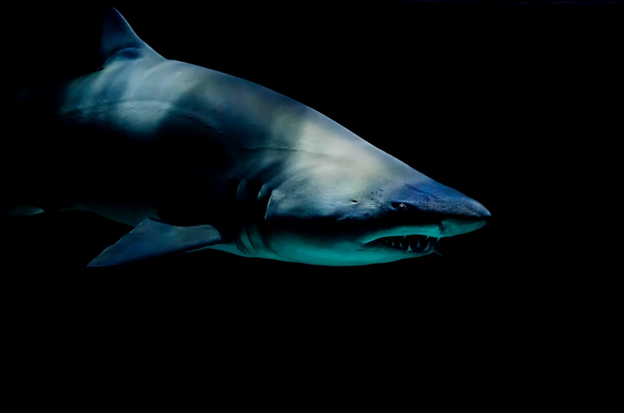 According to researchers, climate change is a major force in creating more interactions between humans and sharks—but entrepreneur Peter J. Burns III says he’s got a creative and effective idea to keep beaches safer for people who want to recreate in oceans and coastal areas.

Climate change is heating waters along the equator, pushing aquatic creatures poleward, according to the National Oceanic and Atmospheric Administration (NOAA). As sharks seek cooler waters they increasingly come into contact with surfers and beachgoers. They’re flocking to subtropical coastlines in record numbers.

Having evolved in isolation from humans, sharks don’t normally see them as food or pose a threat, according to this Wired video called “How Researchers Keep Humans Safe From Shark Attacks.”

Changes in habitat have been shown to provoke changes in behavior—and one bite provokes significant response in the media. Peter J. Burns III’s Orca Project aims to help curb that response—and more importantly, to keep coastal regions safe for swimmers.

What is the Orca Project?

When shark attacks occur or sharks are sighted in local waters, both tourists as well as locals are scared away from the beach. In coastal towns, beach tourism is a key component of the economy. If the amount of foot traffic is affected coastal businesses and communities suffer.

If sharks are a detriment to life, limb and local tourism, turns out killer whales can be the savior. Yes, Orcas. They don’t attack humans in the wild—but they do find sharks to be delicious.

No, you can’t hire an Orca to guard your beach.

However, a startling trend has been observed in which numerous mutilated carcasses of great white sharks have been washing up on the shores of beaches of South Africa. After observing the size of the bite marks on the shark, scientists have determined that the predator responsible for preying on the great whites is the Orca.

Other scientific studies have pointed to the notion that the sight or sound of Orcas in the area sends sharks scurrying away—sometimes for up to a year.

Peter J. Burns III believes that local beach communities could alleviate shark problems by synthesizing the smell or sound of Orcas and “broadcasting” it in ocean waters. This would theoretically create a natural “shark repellent” that could divert sharks away for months.

To that end, Peter J. Burns III has been actively reaching out to the Orca Conservatory to get them involved in this project.

“We can learn a lot from researching Orcas, who are not known to harm people and are in need of conservation,” Burns says. “When orcas enter an area, sharks will leave and do not return for months. Additional focused research efforts into the biological manner by which Orcas frighten sharks can help save human lives. Once we know more about the sounds, pheromones, and other signals which orcas give, we can use that information to protect people.”

Serial entrepreneur Peter J. Burns III would fit right in on the TV show Shark Tank. Over the course of a 40-year career, he’s started more than 150 businesses. However, the Southern California resident is the first to admit that hanging out in the ocean with real sharks is not his ideal place to be.

He’s not alone. And like a true entrepreneur, Peter J. Burns III wants to turn his distaste for shark-infested shorelines into a business opportunity. Hence, his drive to create interest in The Orca Project.

In recorded history, United States beaches have been the scene of 1,441 shark attacks—more than any country in the world. Now, a gruesome shark death (like in the Jaws movies) isn’t exactly common, but there definitely are places where you should be on guard.

One great source of information is the International Shark Attach File, the world’s only comprehensive, scientifically documented database of more than 6,000 investigations. The ISAF is housed at the Florida Museum of Natural History.

The file being maintained in Florida is fitting. The state’s Volusia County has been dubbed the shark bite capital of the world. Since 1882, Volusia has recorded 303 shark attacks. The region had the highest number of annual shark-bite incidents in 2016-18.

Other spots you’ll want to avoid if you don’t like your odds in the water against sharks include: New South Wales (Australia), the Eastern Cape of South Africa, Maui, Pernambuco (Brazil), Reunion Island (Western Indian Ocean) and Charleston, South Carolina.