“I’m here to tell you that there really are exceptions to the way millennials are typecast,” the Southern California businessman says. “I’m a lifelong entrepreneur and I start new ventures faster than some people can put on their shoes. And I’ve found great hires who are young people.”

Over the last dozen years or more, Peter J. Burns III has been active in the “entrepreneurial education” space. He’s taught courses as an adjunct at the Barrett Honors College at Arizona State University. He moved that program to Grand Canyon University and started GCU’s first accredited College of Entrepreneurship.

Several years ago, Peter J. Burns III also had a stint as a Visiting Entrepreneurship Educator at two top universities in Ethiopia.

“The sheer brilliance and earnest enthusiasm of some of the young men and women I’ve taught represent some of the most satisfying times of my four-decade career in entrepreneurship,” Burns says.

After relocating from the East Coast to La Jolla, I started no less than five new ventures, he says, “and I’ve actively sought the help of millennials as my interns in each new venture.”

Yes, there have been some missteps along the way. The recruitment process has included some people who could have starred in this YouTube video that mocks millennials. Nonetheless, Burns says he’s gotten adept at “picking winners and placing bets on them.”

Do people of any race, political group or country all act the same way? Nope. Think about it. History books and media stereotypes might have you believe that all young people in the 1950s were greasers, or every child of the ’60s was a hippie. It definitely wasn’t the case.

Not so long ago, Time Magazine published an article called Millennials The Me Me Me Generation. The basic claim in the article was that millennials were narcissistic. Part of the cause: parental adulation and an excess of participation trophies.

While partly true, isn’t there a segment of narcissists that makes up every generation? Yes. It’s also true that Baby Boomers were originally dubbed “The Me Generation.” Why? Narcissistic tendencies. 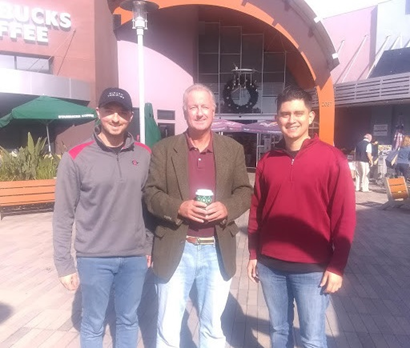 “The millennial vertical may appear to be spoiled and entitled—but the truth is they never stood a chance,” Burns says. “Their parents sacrificed everything to give their millennial children the best education. And everybody fell for the falsehood that an expensive education ensured success in the business world.”

Burns says he found that the average educational debt of millennials he has interviewed was $50,000—and some young people he’s interviewed had $100,000 hanging over their heads as they entered the real world.

“Employers really don’t care where you went to school, what your GPA was or how many extracurricular activities you stacked your resume with,” Burns believes. “All the prospective employer wants to know is can you efficiently do the job offered—and do it for the benefit of the business.”

Burns says he looks for young people who didn’t have a lot of support getting to where they are.

“I prefer self-starters who worked during their school years and didn’t leech off their parents and go into spiraling student loan debt,” he says. “I absolutely love would-be entrepreneurs with the dream to ‘hire themselves.’ I’ll often do whatever I can to mentor them to do just that.”

The door is open at Peter J. Burns III. “I want to find would-be success stories out there, and I will give them a shot.”

Are you a millennial looking to connect? Reach out today on Burns’ main website.